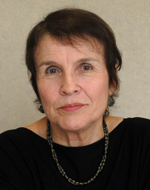 Roberta Lynch became Executive Director of AFSCME Council 31 in 2014. She previously served as Deputy Director for more than two decades, playing a central role in all aspects of the union’s activities. In addition to overseeing the union’s policy, educational, legislative and political programs, Lynch has been a key strategist in dozens of critical labor battles. She also serves as a Vice President on the AFSCME International Executive Board and a Board Member of the Chicago Federation of Labor.

A Philadelphia native, Lynch is a graduate of Duquesne University. Before joining AFSCME in 1984, she was involved in grassroots community, labor and political organizing efforts in Pittsburgh and Chicago, including serving on the staff of the Calumet Community Religious Conference, the Chicago Area Committee on Occupational Safety and Health and the Harold Washington mayoral campaign.

Lynch is the co-author of Rusted Dreams: Hard Times in a Steel Community (University of California Press), which chronicles the decline of the steel industry in the Calumet region. 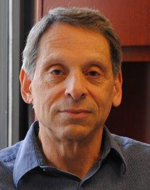 As Associate Director from 1996 until his appointment as Deputy Director in 2014, Newman has been involved in virtually every facet of the union’s work, including overseeing the negotiation and administration of hundreds of collective bargaining agreements. He has been particularly key in negotiating and administering Council 31’s comprehensive Master Agreement with the State of Illinois. Newman supervises the union’s legal and contract administration teams, and serves as the chief negotiator with the City of Chicago and Cook County.

Newman came to AFSCME after teaching in the Labor Education Program at the University of Illinois where he also earned a Master of Labor and Industrial Relations degree. Prior to moving to Illinois, Newman was a union organizer in the garment industry in the Southeastern United States.