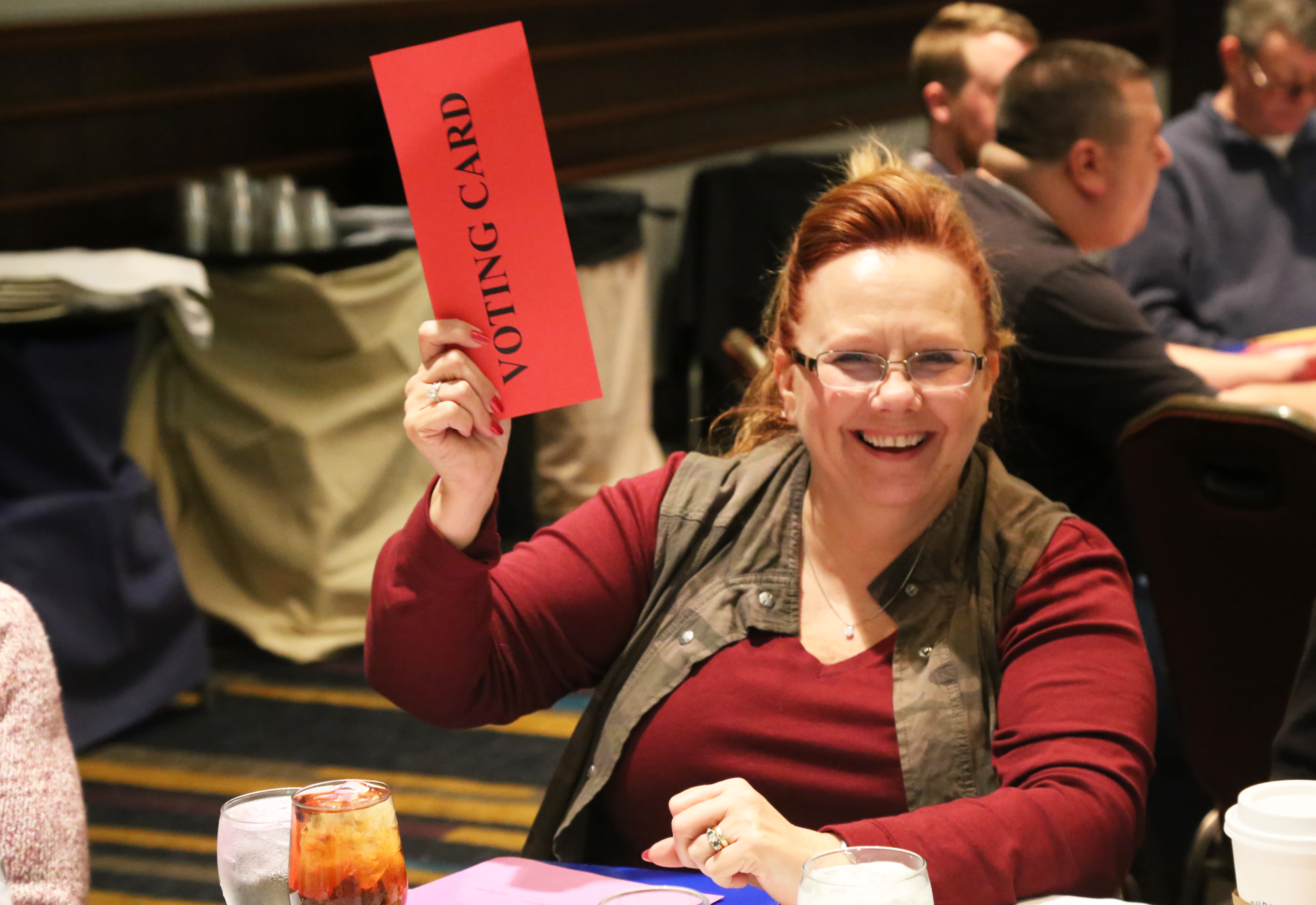 With critical elections and the vitally important Fair Tax coming up on the November ballot, more than 500 delegates to Council 31’s PEOPLE conference in Springfield on Feb. 1 made endorsements for the March Primary election, prepared for the crusade to pass a Fair Tax in Illinois, and set the union’s 2020 legislative agenda.

Executive Director Roberta Lynch opened the conference with a rousing speech on the union difference in the lives of union members and our communities—and its impact on our nation’s economic wellbeing.

“Union membership is the difference between hanging on by your fingernails and having a measure of economic security that you know you can count on,” Lynch said.

“Why are tremendous resources used to try to destroy unions?” she asked the crowd. “Because unions are pulling back the curtains and telling the truth about our economy. We are willing to stand up and say wealth inequality is crushing the American dream.”

Special guest speaker Ralph Martire, Executive Director of the Center for Tax and Budget Accountability, educated the entire conference on the current regressive tax system in Illinois, which disproportionately burdens the middle class.

He stressed that the Fair Tax constitutional amendment is the surest path to a fairer tax system.

"We’re funding public schools unfairly and starving local governments all because our constitution prohibits higher taxes on the wealthy," Martire pointed out.

“The top 1% in our state pay a lower effective tax rate than the bottom 90%, making inequality worse. With a Fair Tax, only the wealthiest 3% will pay more (97% of taxpayers will pay the same or less), which alone will raise $3.6 billion a year for public services.” 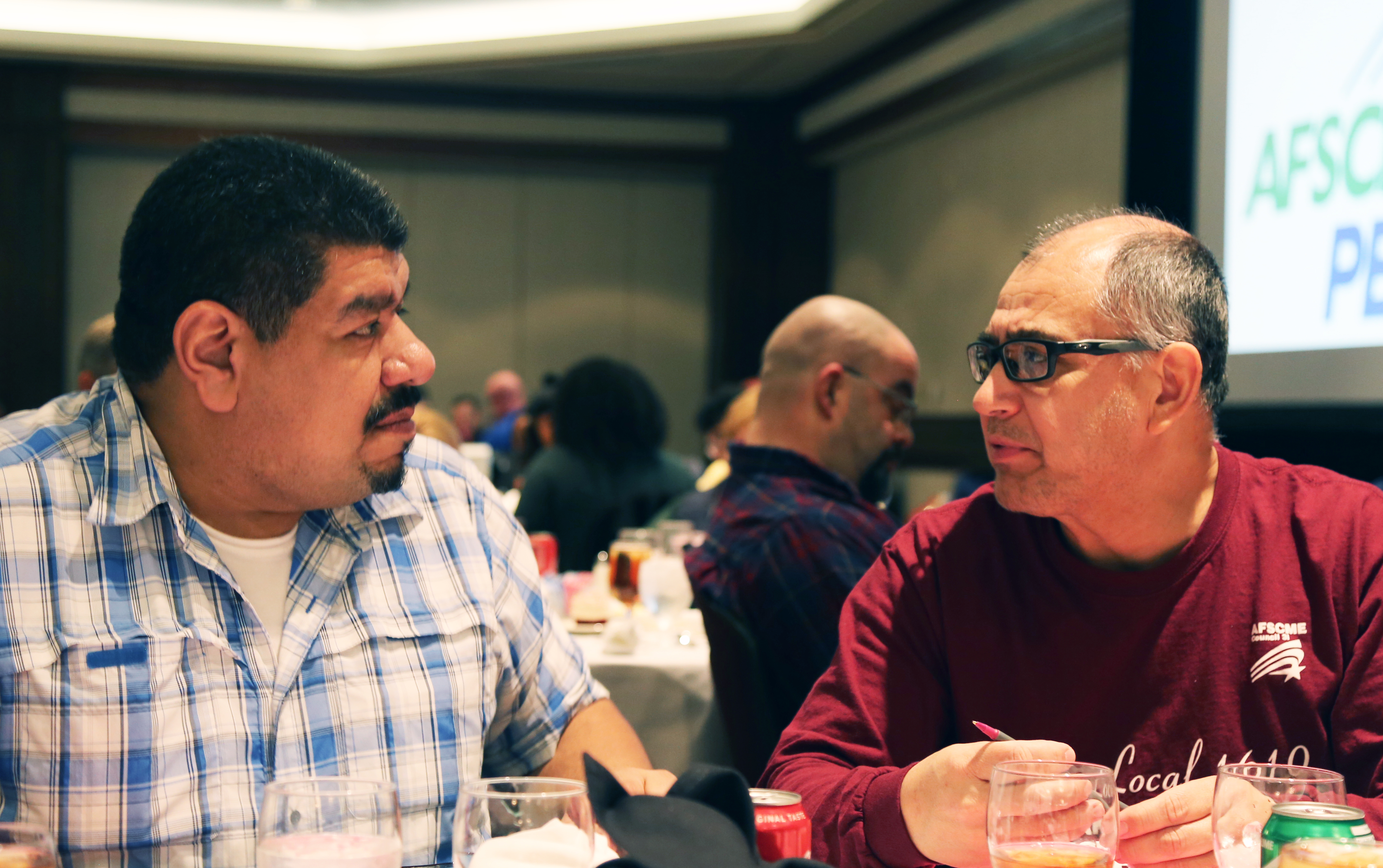 Delegates broke up into workshops by region and strategized how best to educate their co-workers and neighbors about the Fair Tax. They return to their local unions better armed to help win passage of the ballot measure in November.

AFSCME Council 31 endorsements are based on candidates’ records on issues of importance to union members.

The union’s endorsements are determined by rank-and-file delegates at regional meetings that were held across the state in recent months (local government endorsements, recommendations for state legislative seats); at the PEOPLE Executive Committee meeting on Jan. 31 (state legislative seats, recommendations for congressional and statewide races); and at the Feb. 1 PEOPLE conference (congressional and statewide endorsements).

Every AFSCME local in Illinois, along with every Chapter 31 Retirees sub-chapter, is eligible to send delegates to the conference.