In a Feb. 24 letter to the editor, Council 31 Executive Director Roberta Lynch took on the Tribune's demand that Governor Pritzker "get tough" on AFSCME.

The service of public workers 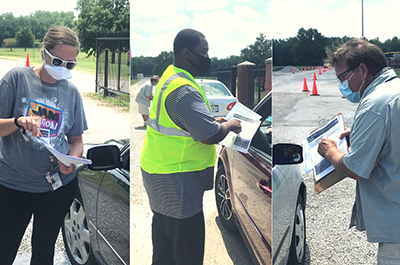 The pandemic economy has meant very different things for big corporations than for working people. Last year, 45 of the 50 largest U.S. companies turned a profit and the stock market hit new highs after March; meanwhile, millions of Americans lost their jobs, including 1.3 million in the public sector.

In this context, the Tribune Editorial Board has its priorities exactly backward: On Feb. 16, it urged Gov. J.B. Pritzker to “get tough” on state workers by instituting furlough days without pay. Two days later, it criticized the governor for proposing to close corporate tax loopholes.The truth is that members of the American Federation of State, County and Municipal Employees in the public service have served their communities throughout the pandemic, despite the risk to themselves and their families. Thousands have contracted COVID-19 in the line of duty; more than a handful have died. Yet they have continued to protect public health, help struggling families, care for veterans and people with disabilities, and provide essential support in other ways that our state can’t do without.

Furloughs would reduce these vital services when they’re most needed, while unfairly cutting the pay of the working people who provide them.

A much better way to generate revenue is by closing tax loopholes exploited by big business; we strongly support Pritzker’s call to end these unfair special deals. Profitable corporations should never get a free ride, but most especially not when working people are struggling and the services and support they need from state government are at risk.