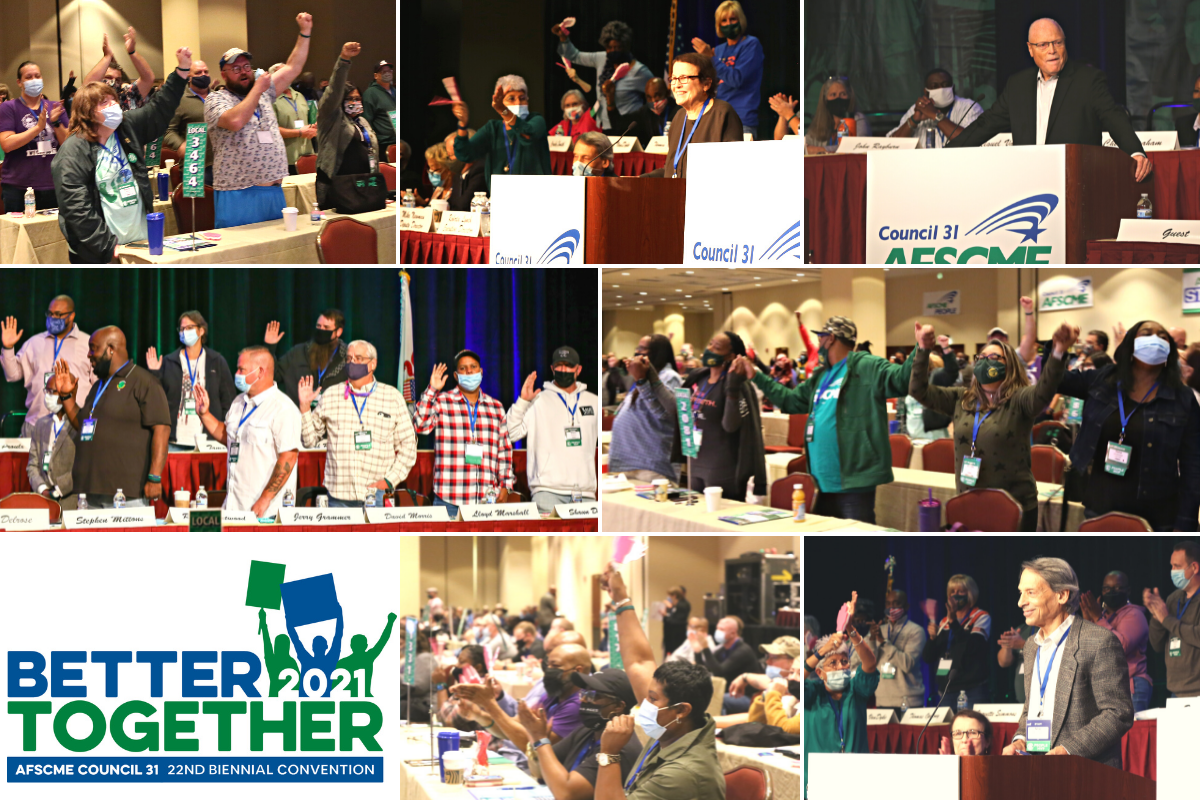 AFSCME Council 31’s 22nd biennial convention in Springfield was a resounding success, despite the challenges posed by the COVID-19 pandemic. Every precaution was taken to ensure the safety of the more than 600 attendees, including masking and a vaccine or test requirement upon entry.

With the theme of Better Together, the convention focused on all that has been achieved through solidarity over the last two years—and the importance of staying united to overcome the challenges ahead.

Delegates from 136 local unions voted to pass more than a dozen resolutions that will guide the union’s priorities over the next two years, including bolstering the AFSCME Strong program, meeting the challenges of the COVID-19 pandemic, fighting privatization, standing up for racial and social justice, and winning higher wages in underpaid sectors.

Delegates also nominated and elected Council 31 executive board members, including reelecting Roberta Lynch as executive director. The new board was sworn in by Associate Director Claudia Roberson.

The convention honored the lives lost since the 2019 convention with a special memorial. And in-person and remote guest speakers—including International President Lee Saunders and U.S. Secretary of Labor Marty Walsh—applauded the dedication of AFSCME Council 31 members during this dark chapter.

Three awards were given to AFSCME members who go the extra mile every day for their fellow union siblings:

And at this year’s convention, a new category of awards was created to recognize the critical role played by community members who support workers’ rights and help AFSCME members win important campaigns. The awardees were: