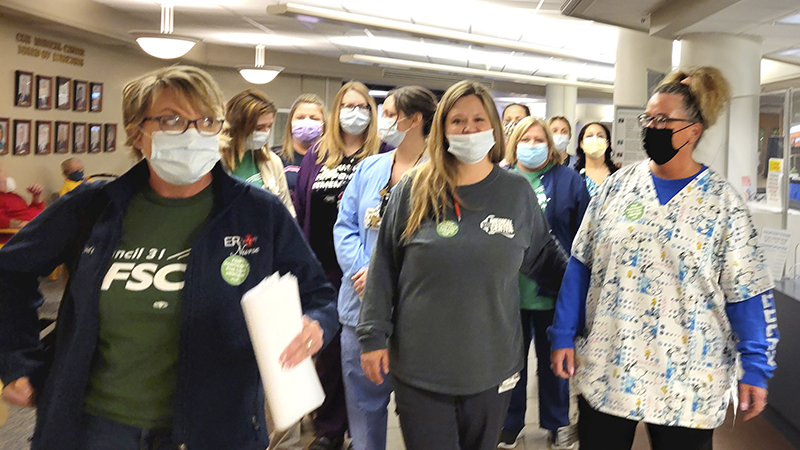 CGH Medical Center violated state labor law by posting on its website a letter from CEO Paul Steinke that instructed workers how to revoke their union membership. That’s according to a recommended decision issued late March by an administrative law judge of the Illinois Labor Relations Board.

The web posting of Steinke’s letter was an illegal attempt to “interfere with, restrain, coerce, deter, and/or discourage employees from becoming or remaining members of a labor organization,” the decision says.

“Steinke’s continued pattern of anti-worker hostilities is particularly offensive given the pandemic that has called CGH health care workers to go above and beyond to care for their community,” Council 31 Regional Director Doug Woodson said.

One proposal is for CGH to restore personal paid time off used by employees who contracted COVID-19 on the job.

More than 350 employees signed a petition urging Steinke to restore that time by using a small portion of the nearly $15 million in federal aid the hospital received to address pandemic-related costs. But when the workers delivered the petition on March 29 (photo), Steinke turned his back on them and walked away, refusing to even listen to their concerns.

CGH and CEO Steinke face four more unfair labor practice charges filed in 2019. Those charges relate to a pattern of abuse and intimidation by CGH management during employees’ union organizing drive; they have been heard by an administrative law judge whose decision is pending.