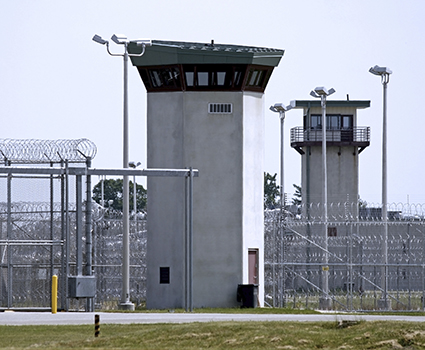 On Dec. 15, Governor JB Pritzker announced a number of proposed cuts to state programs—potentially including prison closures—aimed at addressing the state’s dire budget shortfall resulting from the defeat of the Fair Tax constitutional amendment in the November election.

AFSCME supported Gov. Pritzker’s Fair Tax plan—which would have only raised taxes on the richest 3% of taxpayers—because it would help the state avoid the kind of drastic cuts to the state budget that the Fair Tax opponents have been pushing for.

But the measure didn’t prevail. And now the state has a $3.9 billion budget hole to fill. Republicans in the General Assembly opposed the Fair Tax, calling instead for cuts to the state budget. But they’ve never identified cuts to be made except a call by some to withhold scheduled state employee pay raises.

The simple fact is a budget shortfall of this magnitude can’t be fixed by cutting employee wages or, as the governor has proposed, hiring freezes. And the fact is, it cannot be fixed by closing prisons either.

Proponents of closures point to the significant reduction in the state’s prison population in recent years. But they fail to take note that our prisons have been significantly overcrowded for more than a decade—consistently failing to meet the ACA standards for safe and secure prison population size. Nor do they take into account the more intensive programming that has only begun to be put in place (often by court order) that requires more specialized supervision.

And, of course, to initiate prison closures in the midst of an unprecedented pandemic that has sickened thousands of correctional employees and offenders—and is clearly accelerated by crowded conditions—would be the height of irresponsibility.

Those genuinely concerned with a secure and rehabilitative prison system should recognize that the best hope of reducing incarceration—and the related problem of recidivism—is robust educational and job training opportunities within our state’s correctional system. Currently, there are long waits for both academic and vocational education programs—and many facilities do not offer comprehensive programming.

AFSCME will continue to oppose shuttering state prisons, urging instead a progressive and rational approach to restructuring correctional housing and programming to ensure safe, secure and rehabilitative conditions in IDOC.

Going forward, it will be essential for the General Assembly to take up revenue measures that can close the state’s gargantuan budget hole. Cutting state operations further or shutting down prisons will not even begin to address the problem because the real problem is a revenue shortfall.

The opponents of the Fair Tax, like the Illinois Policy Institute, have a plan: They wanted the Fair Tax to fail so that the deficit would be enormous, opening the door to their argument that the only true fix for the state budget is the elimination—or drastic reduction—of state employee pensions. They’ve been pressing for their own constitutional amendment—one that would repeal the pension protection clause of the Illinois constitution. But they don’t even have a shot at doing that until the next ballot referendum in 2022. For now, their strategy will be to oppose any revenue measures that could truly address the shortfall. They need the deficit to remain big to justify their pension-cutting game plan.

That’s why AFSCME and other unions are working now to develop a revenue-raising strategy that can begin to compensate for the loss of the revenue that the Fair Tax amendment would have provided. It will be tough going—starting with taking tax breaks away from big corporations and likely also requiring an income tax increase on all citizens (rather than just the wealthy few). But without such a major infusion of new revenues, drastic cuts in all areas of state government will remain on the table.