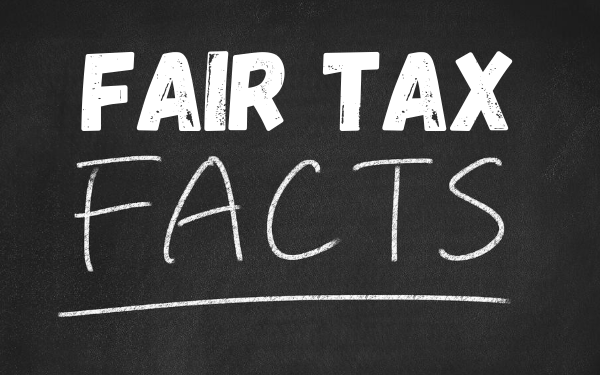 The Fair Tax amendment is popular, necessary and the right thing to do. Opponents who want to avoid paying their share don’t have good arguments against it, so instead they’ll try to confuse voters about what fair tax reform will do.

Here are the facts to fight back against their false attacks. Click here to download a PDF with these facts and more.

FALSE: “The Fair Tax is a tax increase on the middle class.”

FALSE: “The Fair Tax is a blank check for future tax increases.”

FACT: Fair tax reform doesn’t give legislators any more or less power to increase taxes than they’ve always had. But it gives them flexibility to change rates based on income, raising rates for wealthy people who can afford to pay a little bit more, and reducing rates for the middle class and those struggling to get there.

FALSE: “The Fair Tax is a tax on retirement income.”

FALSE: “The Fair Tax could weaken the pension protection clause.”

FALSE: “Wealthy people will leave the state if they’re finally forced to pay their share.”

FACT: Most other states and the federal government already have a fair tax system, including neighbors like Wisconsin, Iowa and Missouri. The fastest-growing Midwest state, Minnesota, does too. So does California, which has more millionaires than any other state.

FACT: Under the Fair Tax plan, if you make less than $250,000 a year, your taxes will go down or stay the same—whether you’re single or married.