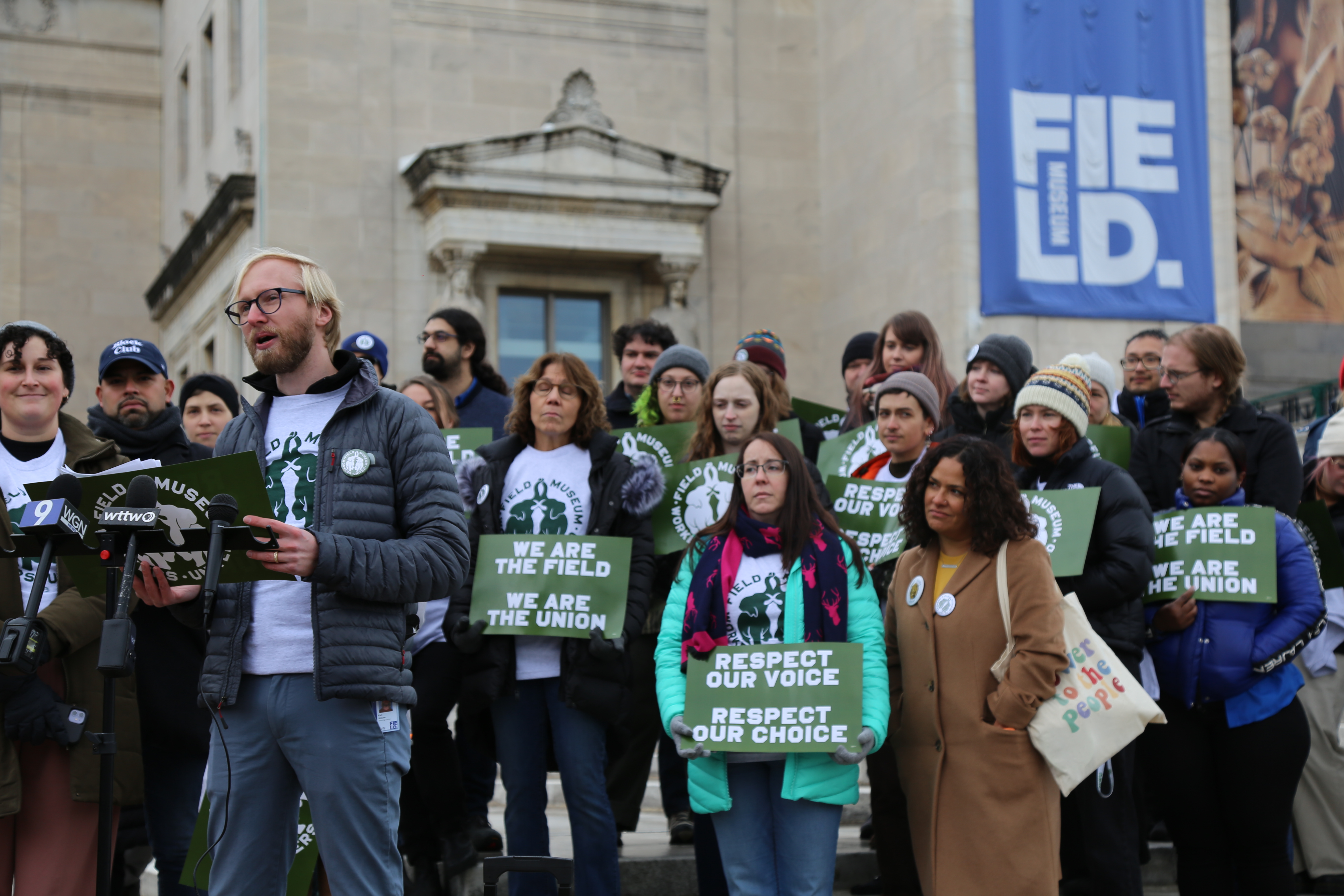 Employees of the Field Museum filed union representation petitions with the National Labor Relations Board in Chicago on Tuesday, Dec. 27.

The filing will trigger a union election in the coming weeks in which the employees can vote to formally certify their union, Field Museum Workers United, as part of AFSCME Council 31.

"We couldn't be prouder to have worked together to reach this milestone," the Field Museum Workers United organizing committee wrote in a letter to their colleagues today. "It's the culmination of hundreds of conversations among colleagues in which we have shared our experiences and our ideas to make the Field Museum a more equitable, sustainable, and transparent workplace for employees at every level."

The Field Museum Workers United organizing committee made its public launch in October. By November the group announced that a strong majority of their colleagues had signed union cards and asked CEO Julian Siggers to voluntarily recognize their union. Siggers refused, instead continuing to engage in an anti-union campaign.

The workers' organizing committee is demanding that management's divisive tactics stop at once: "Forming our union is a decision for us, the employees, to make—not the employer," they wrote.