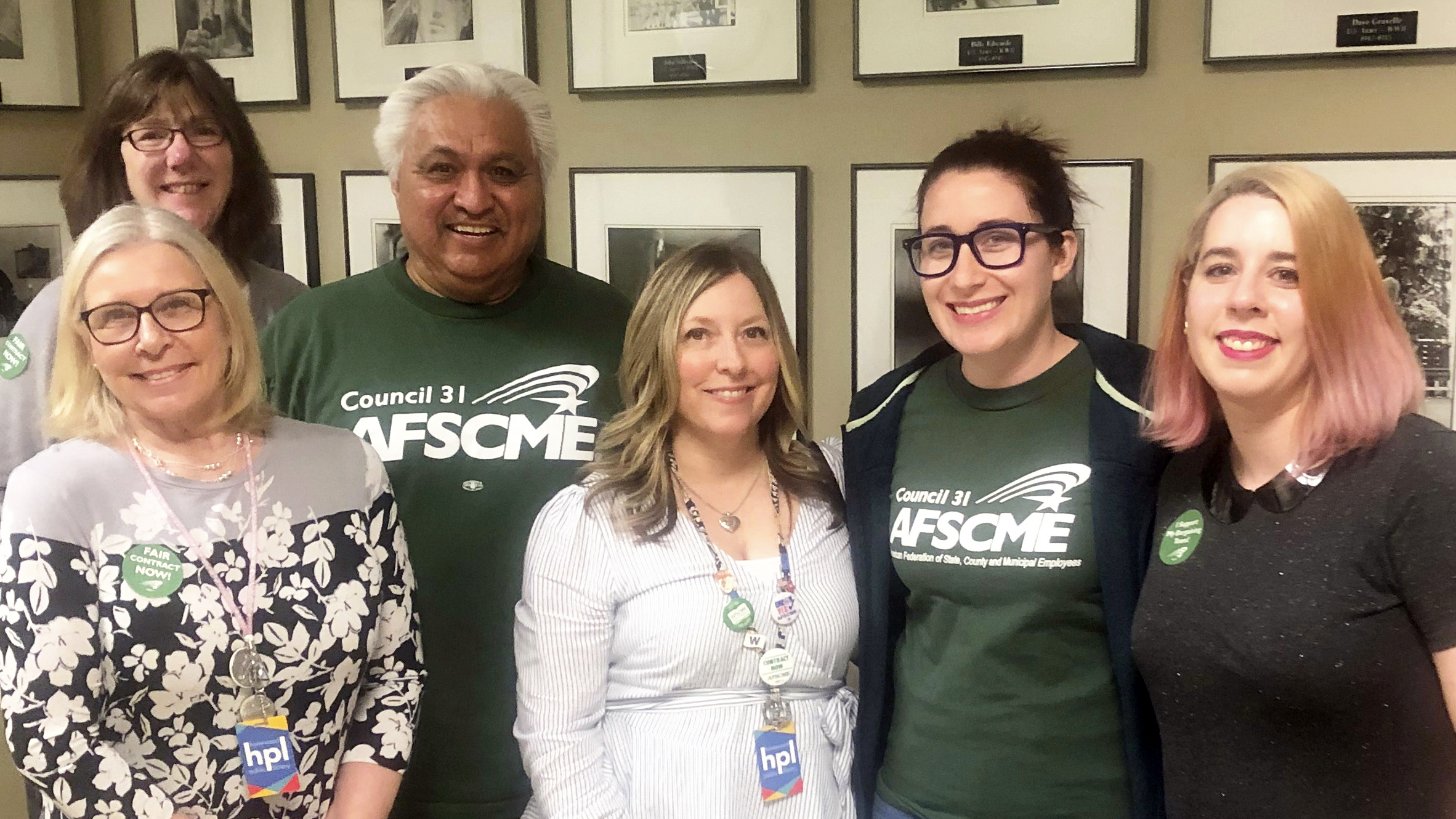 Employees at Homewood Public Library certified their union with AFSCME three years ago. Now, after two years of picketing, leafleting, marching and testifying for a fair contract, these new AFSCME members finally have a first contract.

The librarians, paraprofessionals, clerks and more had been motivated to form a union after new management froze wages, reduced everyone’s hours and capped sick time—taking away any time already earned above that cap.

“They stole our time,” bargaining committee member Lisa Stilts said. “A member who was pregnant had been saving her time for when she needed it and they took hers away too.”

The staff took their concerns to the board, but got no response. That’s why they decided to organize a union. But management did nothing but drag its feet from that point forward.

“I think they thought that we would just give up,” Stilts said. “And it was a struggle. We’ve had more than a 90% turnover, but we didn’t give up. We knew a union was the only way for our voice to be heard and to have a collaborative partnership with management.”

“Now if we have problems, we have remedies,” Stilts said. She served on the bargaining committee along with Sandy Sullivan and Margaret Novak, led by AFSCME Council 31 Staff Representative Cameron Day.

The employees also won back the hours that had been taken away, and will now receive their schedule for each month in advance instead of finding out on Friday when they will be working the following week.

Another big win for the team was adding holidays and personal and vacation days for part-time employees who didn’t yet have the benefit of paid time off.

Stilts said community involvement was critical to their success.

“As librarians we see retired people, families with children, teachers who come to tutor students, so we had a lot of community support.

“At one board meeting more than 100 people came and many stood up and spoke out for us. That was a turning point.”

Stilts says the outcome was worth the struggle. She envisions a stronger library for her community and hopes that she and her co-workers have started a trend as the first south Chicago suburban library to unionize.

“This is the community that I live in and serve, and we want our library to be operating at the same standards as our schools and park districts,” Stilts said of her drive to keep improving conditions at the Homewood Public Library.

“I have two daughters who are proud of me,” she said. “This is why you do it, to show your children that you have to stand up for what’s right.”