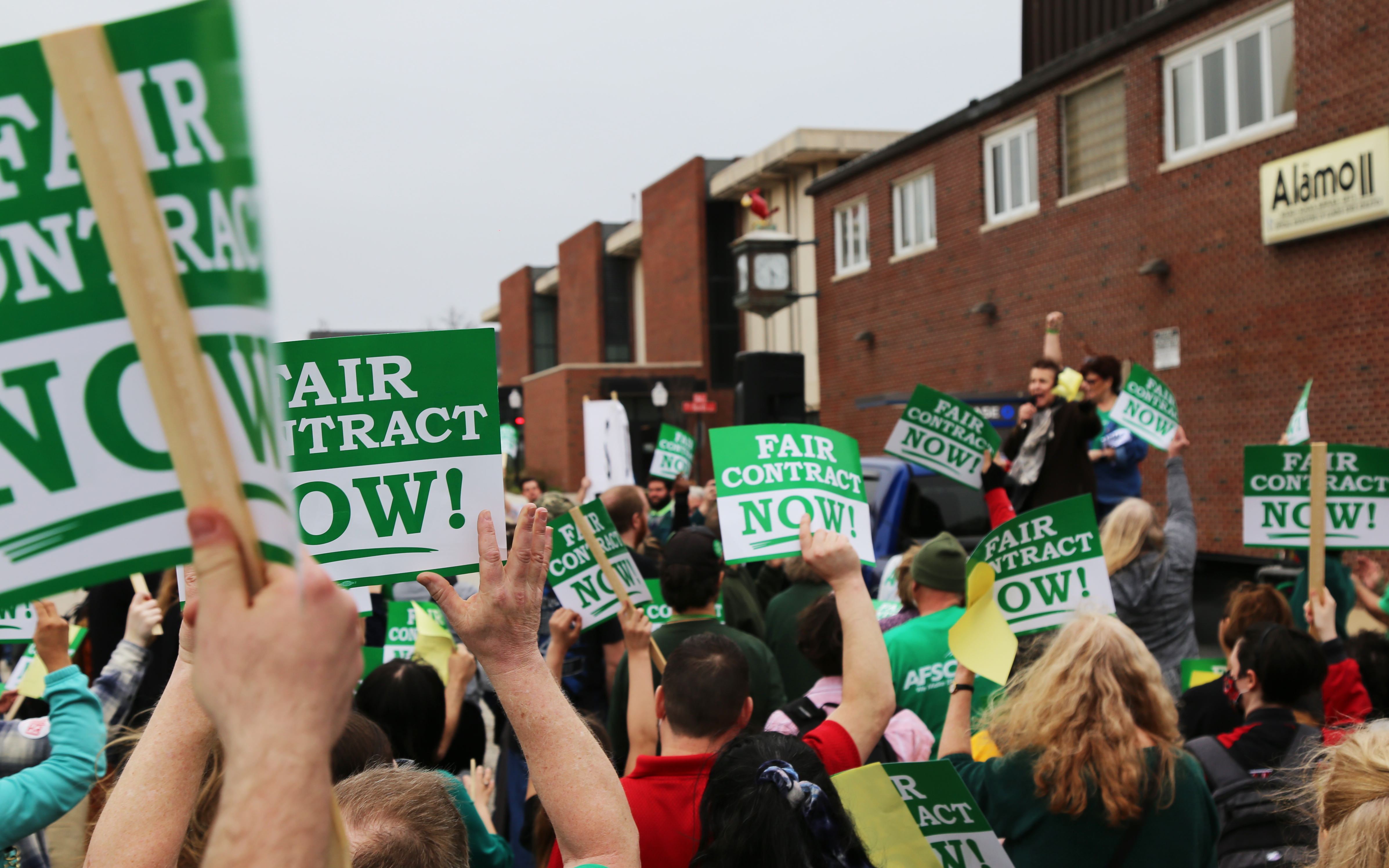 More than 300 building, grounds and dining services employees of Illinois State University—members of AFSCME local 1110—overwhelmingly ratified their new union contract in voting on campus that started early on April 19 and stretched past midnight.

More than 92% voted to approve the terms of an agreement reached last week on the brink of a campus-wide strike.

“It wasn’t easy, but by standing together in our union we made important strides toward nearly all our goals,” said Chuck Carver, ISU building service worker and president of AFSCME Local 1110.

“Significantly higher pay for our lowest-paid workers, we won that. Reward longevity for dedicated employees, we did that. Retroactive pay for the months we’ve worked hard while management wouldn’t move at the bargaining table, we got that, too. We fought hard to win the respect we deserve.”

Highlights of the new contract include:

“I think we can call this a win for all, AFSCME and ISU,” said Tia Reece, a food service sanitation worker and a member of the Local 1110 bargaining committee. “It really did take a village, our whole union family, the students and community who supported us.”

“The determination and unity of these dedicated ISU employees has resulted in a tentative agreement that will make ISU not only a good place to learn, but a better place to work,” Council 31 Executive Director Roberta Lynch said. “That’s the power of collective bargaining for the greater good.”