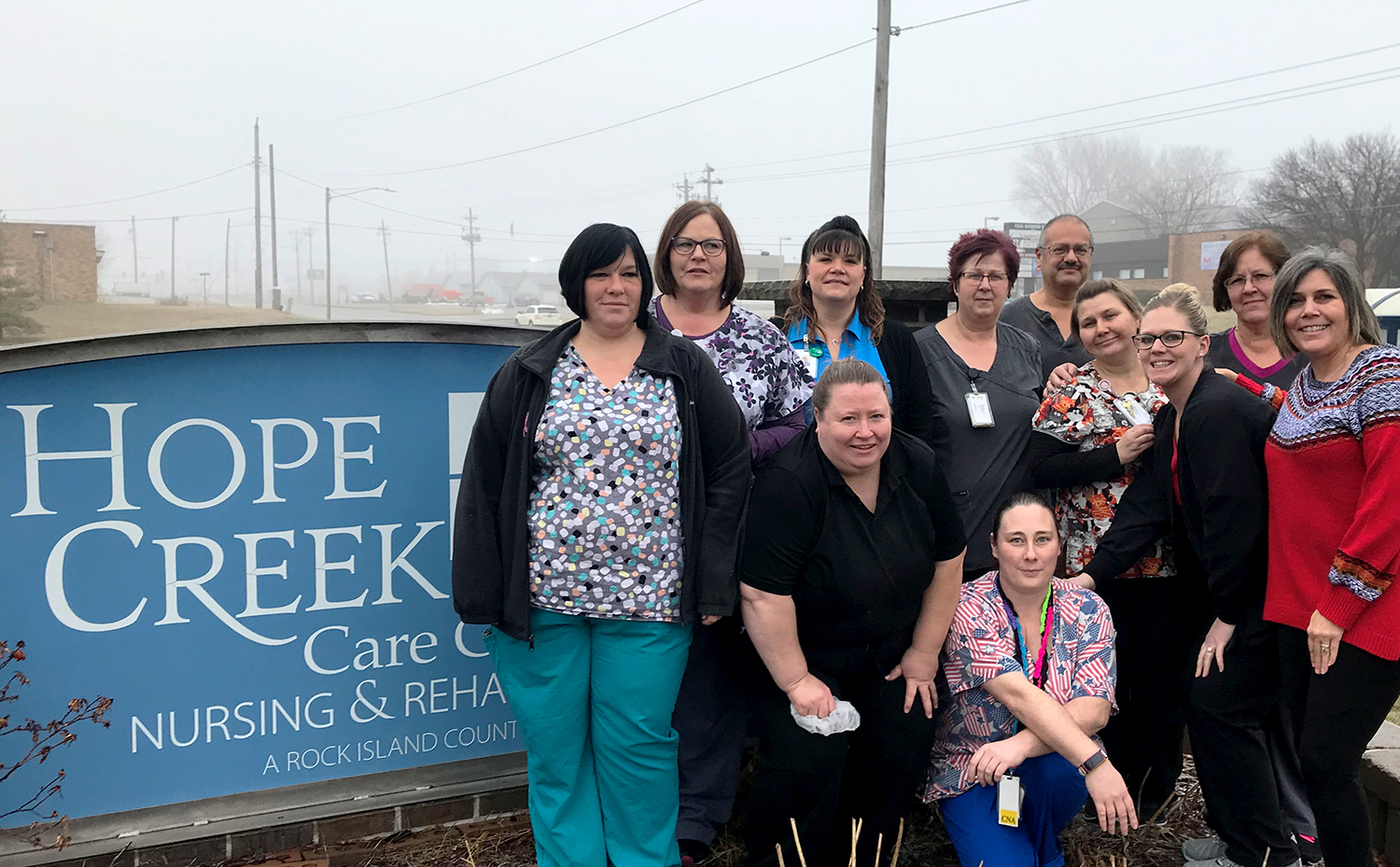 AFSCME Local 2371 members waged a years-long battle to save Hope Creek Care Center in Rock Island County, but on Feb. 25, the board voted 17-5 to sell the home to a for-profit company for $6 million.

In response to AFSCME’s intensive public education and grassroots lobbying campaign, the board put off voting on the sale more than once. But in the end, political expediency won out over fiscal prudence and human decency.

The county paid $25 million to construct the facility in 2007 so the sale price is far less than the home is worth and a fraction of the $19 million price tag the county placed on it.

What’s worse is that Aperion Care, the new owner, has a track record of poor care and public health violations, which the board was only too willing to disregard.

Alongside AFSCME members who work at the facility, Hope Creek residents and their families also testified to the board, urging them not to sell the place they call home to an irresponsible company and remove it from public oversight.

Resident James Nelson came to the Jan. 21 board meeting in his wheelchair with his oxygen tank.

“The quality of care I receive at Hope Creek is outstanding,” Nelson said. “Not only is the care good, but the residents and employees are one big family. It would be a tragedy to see Aperion take this over… . Please think about their past history and don't forget us.”

"What this county just voted for is to inherit a history of harm and that is what breaks our hearts. We had something very special here," Council 31 staff representative Joshua Schipp told reporters.

Privatizing should not have been the solution, the union argued.

“When you put a company in there, their goal is to make money," Schipp said. "How you make money in a nursing home is you reduce staff, you cut corners and you do everything you can to maximize profits."

In addition to the low-ball offer, Aperion demanded that Hope Creek workers be stripped of their union rights, along with the benefits and protections they’ve won in their union contract.

In an email sent on Jan. 23 from Aperion boss Michael Rosen to the county’s real estate agent, Rosen wrote, “Nice conversation today regarding moving forward with the contract but I want to make it clear that successor liability of the union contract will be a deal killer.”

The county board did not include a successor agreement to ensure that longtime, dedicated employees retain their wages and benefits. So now AFSCME members will have to fight to keep their union and ensure employees and residents alike are treated with dignity and respect.

“Privatization of public nursing homes puts the well-being of residents and employees at risk,” Council 31 Executive Director Roberta Lynch said. “That’s why it’s so important for AFSCME members to keep standing up for themselves and the people they serve every day.”