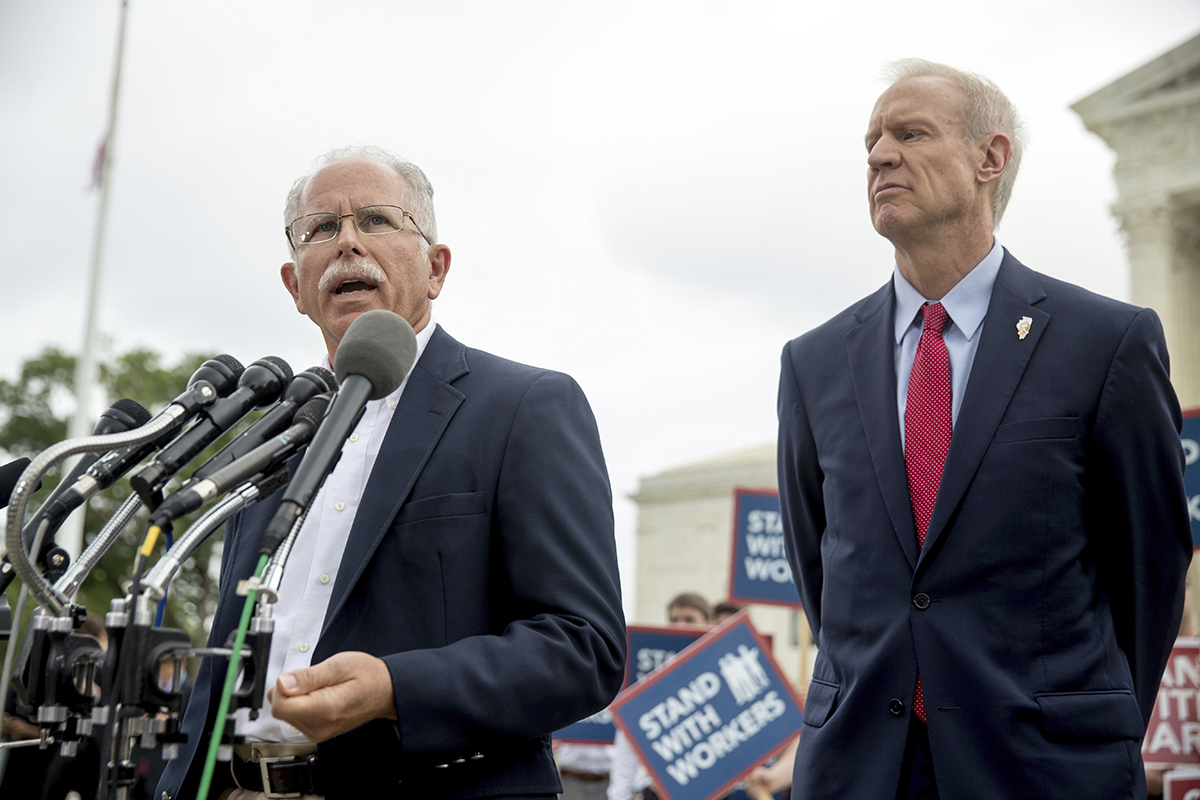 The U.S. Supreme Court announced on Jan. 25 that it won’t hear a bloc of cases that sought to financially kneecap unions for obeying the law.

The plaintiffs in these cases—one of whom was Mark Janus—were attempting to recoup fair share fees collected from non-members prior to the Supreme Court’s ban on such fees in its 2018’s Janus v. AFSCME ruling.

Noting that labor unions had collected such fees for decades consistent with a 1970’s Supreme Court ruling (Abood) finding them to be constitutional, lower courts have uniformly rejected Janus and company’s attempt at legal extortion.

“A federal appeals court explained in one of these cases, ‘the Rule of Law requires that parties abide by, and be able to rely on, what the law is,’ not what the law may become in the future,” Ian Millhiser points out in a Vox article on the news.

“The Janus II case [the second case brought by Mark Janus], and the several related cases that the Supreme Court announced it would not hear on Monday, all involved agency fees that public-sector unions collected prior to the decision in Janus I. Thus, when the unions collected these fees, Abood was still good law, and the unions were acting entirely lawfully,” Vox reported.

Public-sector unions “had a legal right to receive and spend fair-share fees collected from nonmembers as long as it complied with state law and the Abood line of cases,” according to the United States Court of Appeals for the Seventh Circuit.

“The Court’s action in the anti-union cases on Monday suggests that the Supreme Court will not disturb the dominant view among the lower courts, and that unions can heave a sigh of relief for the time being,” according to Vox.

But as unions know all too well, there are no guarantees when it comes to the unrelenting attacks from anti-union organizations.

In fact, Vox points out, “there is still at least one more case pending before the justices that presents the question of whether Janus I applies retroactively (the Court likely took no action on that case on Monday because additional briefing in that case is not due until late February).”